The Housing and Development Board (HDB) informed flat buyers at three Build-to-Order (BTO) projects that the completion of their homes would be further delayed. Analysts see significant redevelopment potential in the Ang Mo Kio site which has been identified for the Selective En-bloc Redevelopment Scheme (SERS) by the HDB.

Flat buyers at three BTO projects were frustrated upon knowing that the completion of their homes faced further delays just months before they were due to be completed, reported The Straits Times.

Buyers at BTO projects Tampines GreenCourt, Woodleigh Hillside and Clementi NorthArc were expecting to move into their new flats by Q3 2022. But with the fresh delays, they now have to wait for three to six more months for their new homes.

HDB attributed the fresh delays to the disruptions in construction activity during the circuit breaker period, Malaysia’s two-year closure of borders and the tightening of border controls for South Asia workers last year.

Related article: HDB BTO Prices Sorted by Estate and Price of Rooms in Singapore (from 2019 to Feb 2022)

“Despite the best efforts put in by HDB and our project partners, our latest assessment with less than a year to go to the current completion date of the project, is that there will unfortunately be a further delay to the project,” said HDB in its e-mail to buyers.

The pandemic-induced BTO construction delays, brought on partly by a lack of manpower, have resulted in rising prices for the rental and HDB resale markets. Some affected buyers have cancelled their BTO flats and bought HDB resale flats, while those unwilling to wait out long construction times have decided to go with completed properties instead.

Still holding out for a BTO flat? Here are some articles on the upcoming May 2022 and August 2022 launches: 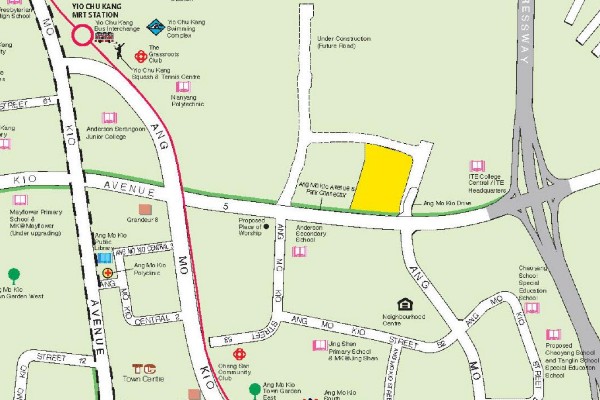 Analysts see significant redevelopment potential in the Ang Mo Kio site which has been identified for the Selective En-bloc Redevelopment Scheme (SERS) by the HDB, the first such announcement in four years reported Channel News Asia.

“Well-located” beside the Central Expressway, the site is near the upcoming Tavistock MRT station, noted Christine Sun, Senior Vice President of Research and Analytics at OrangeTee & Tie.

“It is also situated near the landed properties at Serangoon Gardens. Therefore any new high rise buildings will enjoy good views due to the low rise landed housing,” she said.

Related article: Cheapest Landed Property in Singapore: 5 Properties Under 2 Million You Can Buy (2022)

In fact, she expects the site to be redeveloped into a few tall blocks that may even be integrated development.

The site is near the future Tavistock MRT station on the Cross Island Line as well as choice primary schools, such as Rosyth School and Zhonghua Primary School, so families with young children might be attracted to buy a home in the area so as to enrol their children in these schools. In addition, the nearby Ang Mo Kio Town Garden East park also offers residents access to greenery.

A freehold residential site comprising a four-storey block with 24 apartment units in Haig Road has been sold en-bloc for $49.3 million or $1,286 per sq ft per plot ratio (psf ppr) to Nanshan Group, revealed marketing agent Colliers.

Colliers noted that the sale price is higher than the $48 million asking price of the owners and that no development charge is payable. It added that the sale is subject to the Strata Titles Board’s approval.

Located close to the iconic Katong Shopping Centre, the site is also about 10 minutes commute to the future Marine Parade MRT station on the Thomson East Coast Line. Haig Girls’ School and Tanjong Katong Primary School are within 1km to 2km away. International Plaza has been relaunched for collective sale with the reserve price unchanged at $2.7 billion, revealed sole marketing agent Edmund Tie and Company.

Located at the junction of Choon Guan Street and Anson Road, the development occupies a 75,089 sq ft site that is zoned for “Commercial” use under the 2019 Master Plan with a plot ratio of 10.5 as well as a building height control of up to 250m.

“At a reserve price of $2.7 billion, the site reflects a land rate of approximately $2,448 per sq ft per plot ratio (psf ppr), based on its existing plot ratio of 19.24 and inclusive of differential premium and lease upgrading premium to top up the lease to 99 years,” said Edmund Tie.

The tender for International Plaza closes on 29 April.

The Singapore Civil Defence Force (SCDF) has reminded property owners and occupiers to secure its approval if they want to change the use of their premises.

It revealed that four property owners or occupiers have been fined last year for changing the use of vehicle parking areas on their premises without prior SCDF approval.

“Court action was taken against them as responsible entities as these were serious cases and they were fined between $3,500 to $4,000,” said the force.

SCDF explained that it takes a very serious view of the unauthorised change of use since it is a major safety violation that increases fire risk as well as hinders emergency escape routes, placing lives in danger during a fire outbreak.

For this reason, we need to consider fire safety aspects, particularly when temporary structures are set up, and also ensure existing emergency measures are adequate for the protection of the public using the premises.

Related article: Do You Need a Fire Extinguisher at Home? 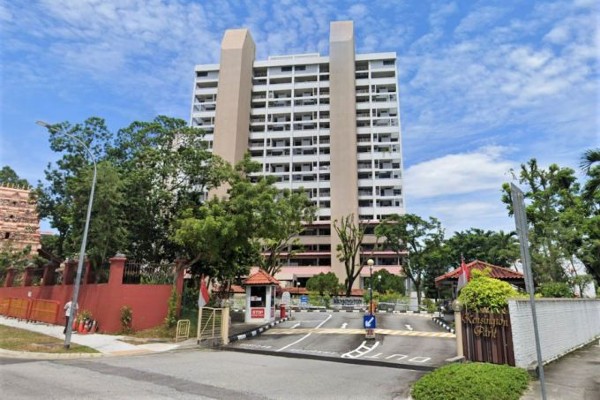 Owners at Kensington Park Condominium are once again trying their luck at a collective sale, almost four years after their previous attempt, reported The Business Times.

The development’s unit owners attempted to put the property up for en bloc sale for $1.05 billion in 2018. However, the rollout of a slew of property cooling measures introduced in July of that year slowed the collective sale momentum.

In this latest attempt, at least 80% of the owners have agreed to the potential sale, with CBRE believed to be the marketing agent. There is no indication yet on whether and when a tender would be launched.

And while the reserve price has not been confirmed, some unit owners and consultants believe that it would be in the region of the previous price tag.

Located at Kensington Park Drive; the 314-unit development occupies a 999-year tenure site that is zoned for residential use under the 2019 Master Plan with a gross plot ratio of 2.1.

Other notable condominiums which were put up for collective sale/en bloc in the last month include Lakeside Apartments for $240 million, Chuan Park for $938 million, and High Point for $550 million.

A study by the Institute of Real Estate and Urban Studies (IREUS) at the National University of Singapore showed that a high score on environmental, social and governance (ESG) metrics does not necessarily mean that a property firm enjoys higher returns, reported The Business Times.

“The seeming lack of relationship between ESG grades and returns in the 2021 snapshot may imply that investors that are myopic and have a short investment horizon may still go for firms with a low ESG grade but strong financial performance,” said IREUS deputy director Lee Nai Jia.

He explained that some firms may be performing well financially but have lower ESG scores due to a lack of green ratings for their assets. Moreover, the region in which they invest may not have a widely recognised rating system.

Banking firm RHB believes the property market in Singapore continues to be in balance since the limited inventory levels and the boost from the economy’s reopening are offset by risks of higher taxes, rising interest rates and the Russia-Ukraine conflict, reported Singapore Business Review.

It explained that while it expects the reopening measures and easing of border restrictions to revive demand from foreign buyers as well as ramp up investor confidence, it does believe that such factors would be significant enough to cause any upward pressure on property prices.

In fact, RHB expects volumes in March to be lower by 40% from the previous year due to the absence of big new launches. 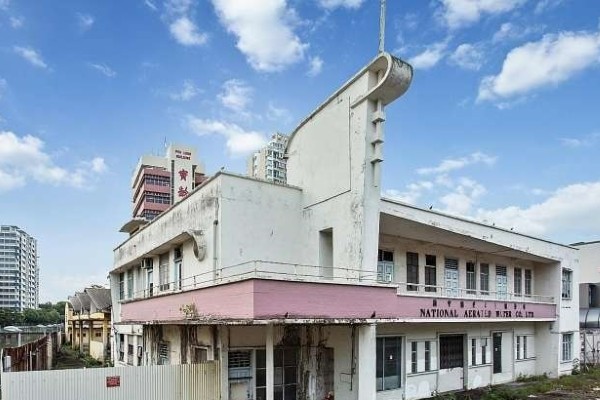 The National Aerated Water Building has been relaunched for sale via expression of interest (EOI), with an indicative price of $18.9 million, revealed marketing agent CBRE.

Gazetted for conservation in 2017 by the Urban Redevelopment Authority, the two-storey commercial building at 1177 Serangoon Road comprises three strata-titled units with a total area of about 6,555 sq ft. Its ground floor retail unit has a permanent “Restaurant” approval, while the second floor is fully leased to a student care operator.

Clemence Lee, CBRE’s Executive Director of Capital Markets for Singapore, noted that the freehold property was first launched for sale in August 2021, during which it received a handful of bids, but none were up to the owner’s expectations.

The EOI exercise for the property closes on 11 May.

It noted that strata industrial space continued to be popular among businesses due to its palatable price quantum.

Tenancies in the multiple-user factory segment declined 0.4% year-on-year to 1,557 during the first two months of 2022.

“However, as e-commerce has proven sustainable, especially in this day and age where economies are steadily progressing towards being digital, the demand for logistics and warehouse space is expected to remain stable,” said Ding.

Benjamin Su, Digital Content Specialist at PropertyGuru, edited this story. To contact him about this story, email: benjaminsu@propertyguru.com.sg